“Mr. Stodghill’s family kept English Shepherd dogs ever since they came to America in the late 1700s. Mr. Stodghill began to keep records of his English Shepherds in the mid 1940s, and from those records he created the “English Shepherd Club of America”. In the early 1950s, he introduced to the world a herding dog that he called “The King of Cattle Dogs”…”

“The English Shepherd is not an aristocratic blue-blood whose claim to fame lies in long lines of “typie” forebearers. It is a red blooded American. Like its American masters, the English Shepherd works for its living and its unexcelled beauty comes from the sound body and strong muscles which develops on the farms and ranches of this country.

Only strong and adventurous men and women could survive the hardships encountered in carving a new country from the wilderness, and only strong and intelligent dogs had the ability to stand beside their masters in work and war. The English Shepherd proved himself invaluable in the hunting field and in Indian fights as well as in the guarding of his master’s flocks.

As time advanced, the English Shepherd, like his master, has become more specialized. Although still capable of being a jack-of-all-trades, he is now trained to be a past master of one, the art of herding cattle.” 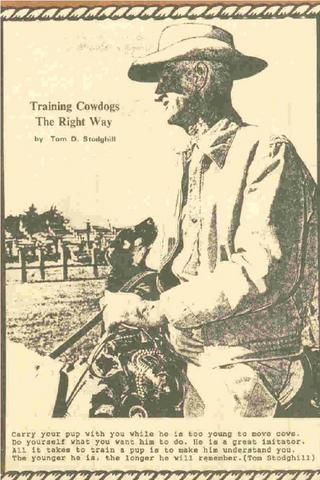 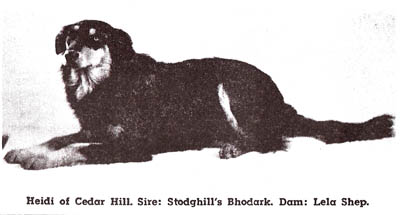 “…Just how long the Stodghill family has had English Shepherd dogs is unknown. I was born in 1903, my father was born in 1851, and my grandfather was born in 1798. My father told me that his father told him that back in 1798 when my grandfather was born, his father had a pair of black and tan English Shepherd dogs that they called Rock and Rye and they used that pair of dogs for everything. They would drive up the cows and horses, then they used the same dogs to tree squirrels, then at night the same dogs would tree o’possums, coons, or anything else they could find…. What was always interesting to me about the black and tan English Shepherd is that they always seem to do the right thing at the right time and will switch from one job to another.

Since our way of living has changed so much, how can we expect our dogs to not change? Under the same conditions and with the same training, I believe my black and tan English Shepherds would be just as good as my grandfather’s dogs in 1798. In fact, I believe my dogs are better… They are easier to train and more uniform in size. If pups were not bred to work, and if it weren’t just natural for them to go get the cows and tree wild animals, they never would learn anything in this automobile age when people go after their cows in a car, and about all the training a pup gets is his imagination. It’s interesting to watch a man take his English Shepherd and Jeep and drive 100 cows from one pasture to another. The English Shepherd doing all the work while his master rides along behind in the Jeep. It takes a well bred dog to do that because the people of today don’t stay out of a car ong enough to give a pup much training.” 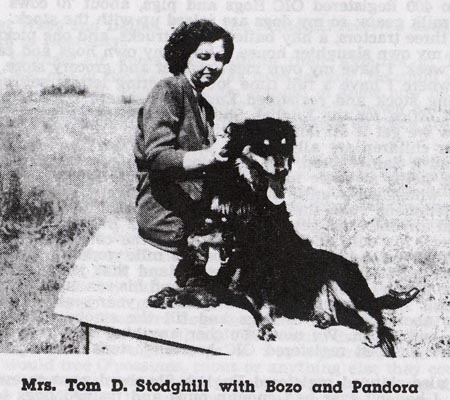 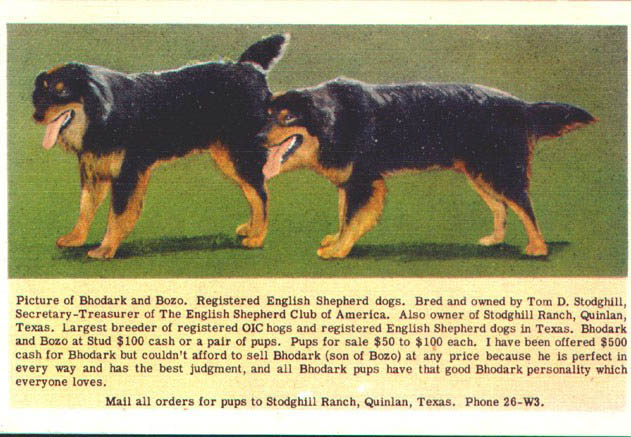 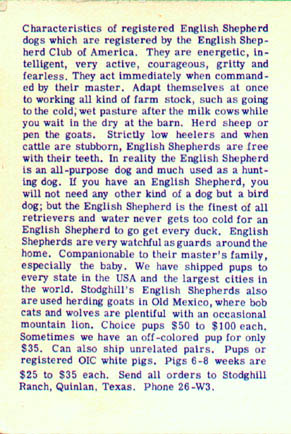