Penny was my shadow. She went with me to check on the cows & every other place I went. Even when she was 14 or 15 years old, she insisted on following me when I rode the horse over the place. I would stop every so often so she could rest before we continued on.

I did not start with registered dogs until 1983, when I got Ralph’s Sable Toy from Constance McCain in Memphis. in 1984, I got Hardway Fella from Jim Yarborough in Covington, Tennessee. This was the beginning of my registered English Shepherds. 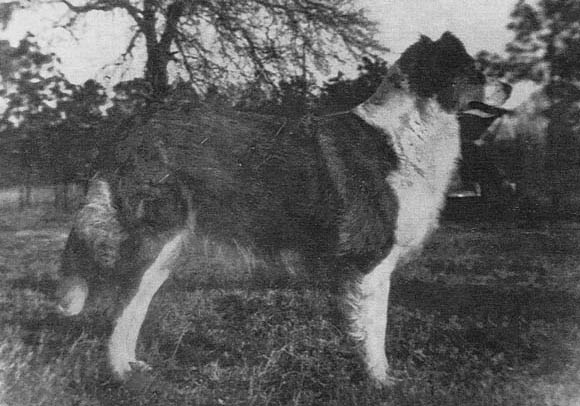 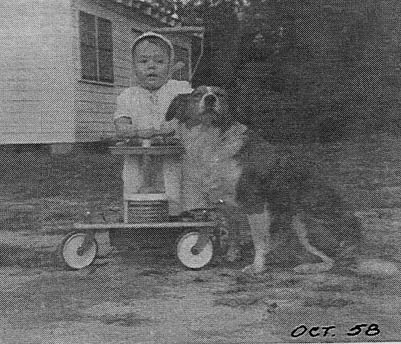 Fella had lots of natural herding instinct. He had no formal training but he would bring the horses to me & take them away when I gave him a hand command. He would also circle them & keep them bunched on his own.

Our present two males are Toy’s Lizelia Fella (Toby) & Roy’s Copper Fella (Cody). They are littermate from Toy and Fella. All our dogs are registered with the UKC & the IESR. My son has used Cody on cattle & he’s done very well.

We pride ourselves on our “pure sable” line. Our litters never contain any color except clear sable & white. This line was developed by Mrs. McCain & Mr. Baker after years of effort. The dogs all have sable coloring with black noses — no cremes or red points in this line.

We have pups in Mississippi, Louisiana, Alabama, Tennessee, Florida, & Missouri. We don’t ship puppies because shipping is so hard on them. We like for people to pick the puppy they like. Or better yet, the puppy to pick them.” 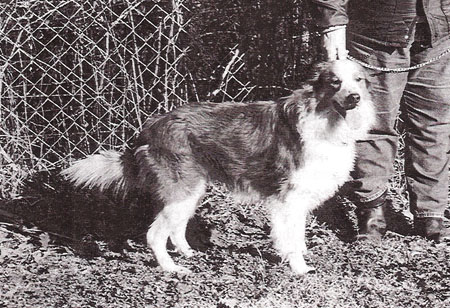 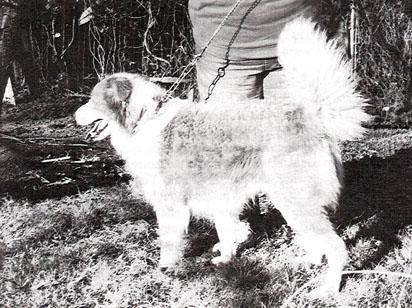 Pedigree for Cody and Toby: 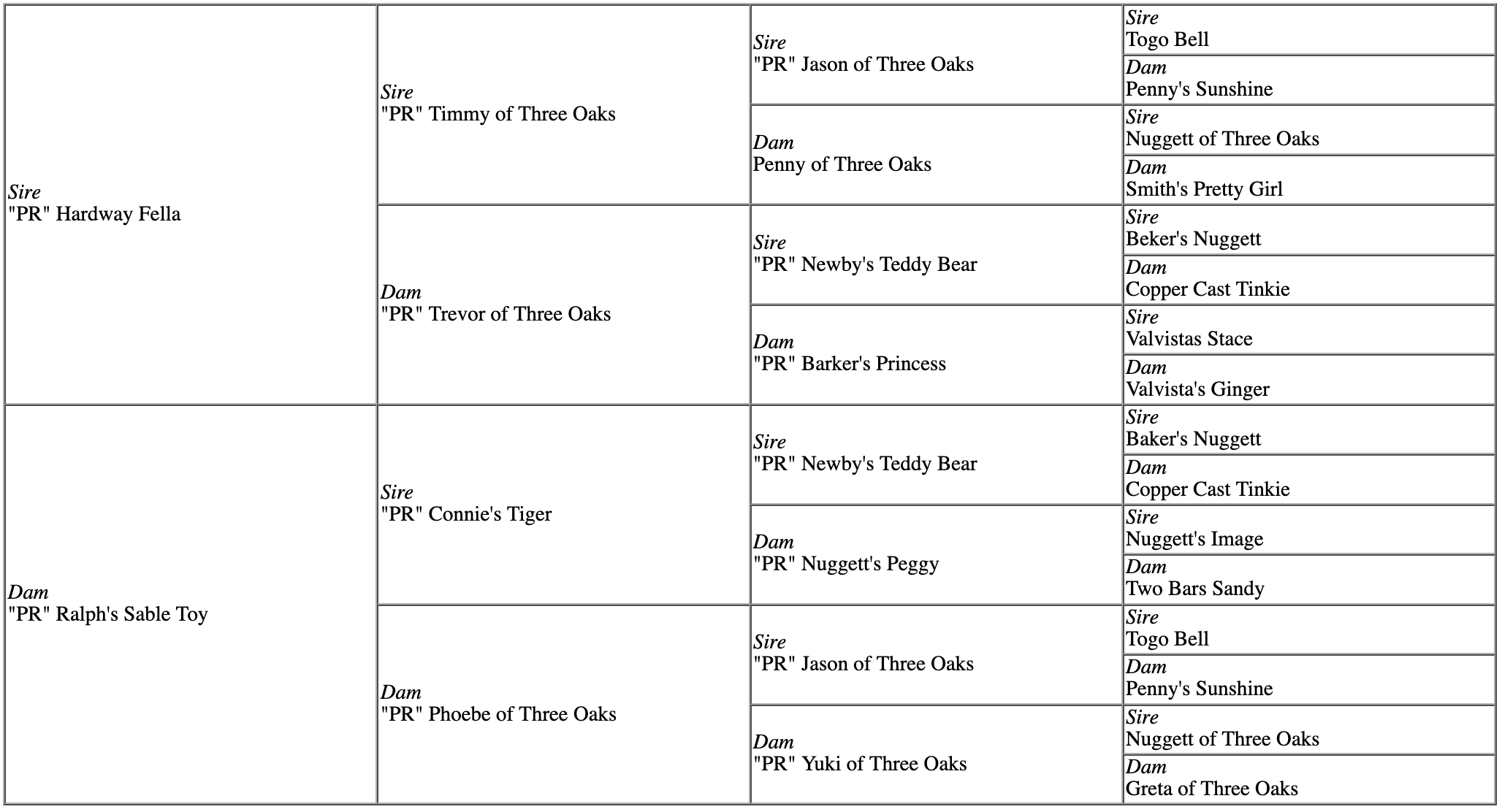