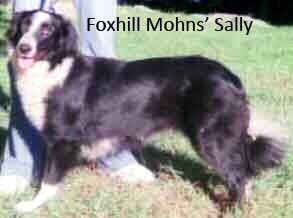 Thank-you to Vivian Flynt (It’za English Shepherds) for sharing photos and an excerpt from an article originally published in the Winter 1983 issue of National Stock Dog Magazine. The author, Mrs. Herbert Mohns, was the third of four generations in the Mohns family to breed English Shepherds. When her son, Harold Mohns, passed away in January 2000 the remaining dogs in the Mohns kennel were re-homed.

Photo to left shared by Marianne Dwight, (Foxhill English Shepherds). Photos of Marianne’s Patty, also bred by the Mohns, are below.

“In our family my grandfather, Henry Elmer, had English Shepherds on his farm before the turn of the (20th) century. In those days it was permissible to bring in one dog with each imported Percheron horse. The first dog of his that I remember was the fourth generation from imported stock.

After my grandfather died, my uncle, Admiral William Elmer, continued raising English Shepherds. About 1936 he gave me our first English Shepherd dog — a bundle of fur that we loved and worshipped. He was so special that we wanted to give him a name that we had never heard another dog named. We called him Ole.

He was a once-in-a-lifetime dog. Ask any man with a farm background and he will tell you about the one dog he had as a boy. That dog wears a crown of glory in his memory. It was the same with Ole. Every dog we have had since then has had a reputation to live up to. Why that dog could do everything but talk. He barked out loud when we said ‘speak’, barely made a sound when we said ‘whisper,’ and made the throatiest growl when told him to growl. He literally knew dozens of words. 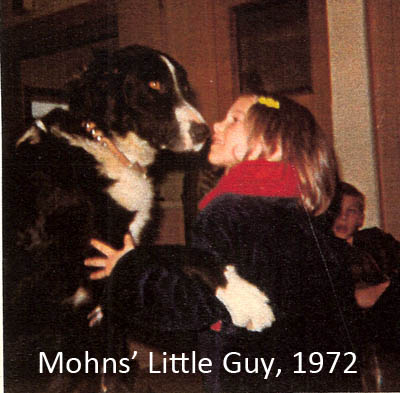 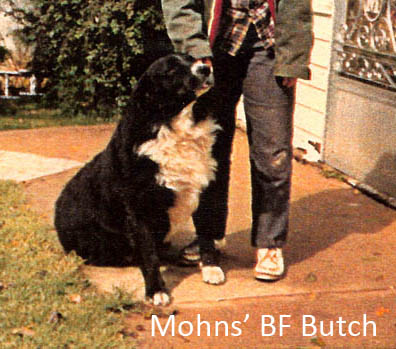 At that time we had three horses, some cows and hogs — al in the same pasture. Ole could be told to bring either cows, horses, or hogs and that’s what he would bring, nothing else. You could motion to him what you wanted done, too. He did not need words in order to carry out your command.

In 1943 my uncle gave me our first female dog and that is how I began raising English Shepherds. I have met many interesting people and made friends through the years with this dog hobby, and I’ve accumulated enough dog stories to write a book. The stories are as varied as the lives of the people who tell them.

A blind man near Beloit, Wisconsin, really had a valuable helper after his English Shepherd learned the names of his tools and would bring his master a hammer, saw, or whatever was asked for. A woman near Antigo, Wisconsin, taught her English Shepherd to fill the outside wood box that opened into her kitchen. The dog brought the wood from the woodshed and kept the wood box full. If the woman said, “The wood box is empty,” off the dog would go for more wood. Several English Shepherds have saved their owners from attacks by angry bulls. And so the stories go.” 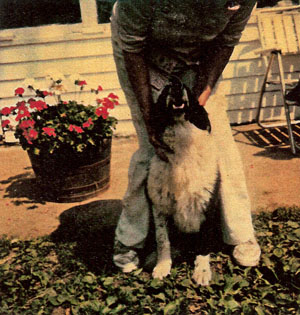 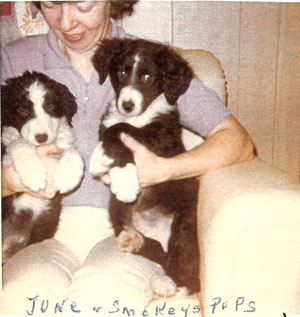 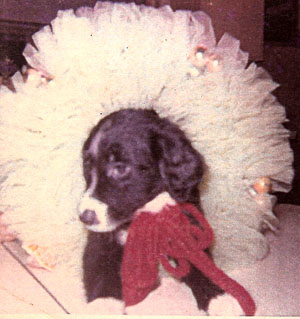 Pictured in photo to the right (below): Mohns’ Slash and Gentle Ben, 1998 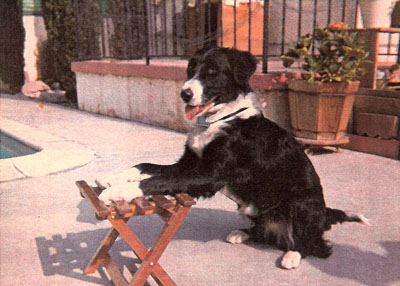 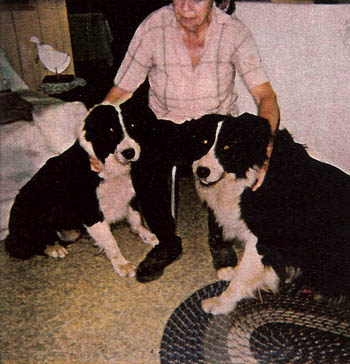 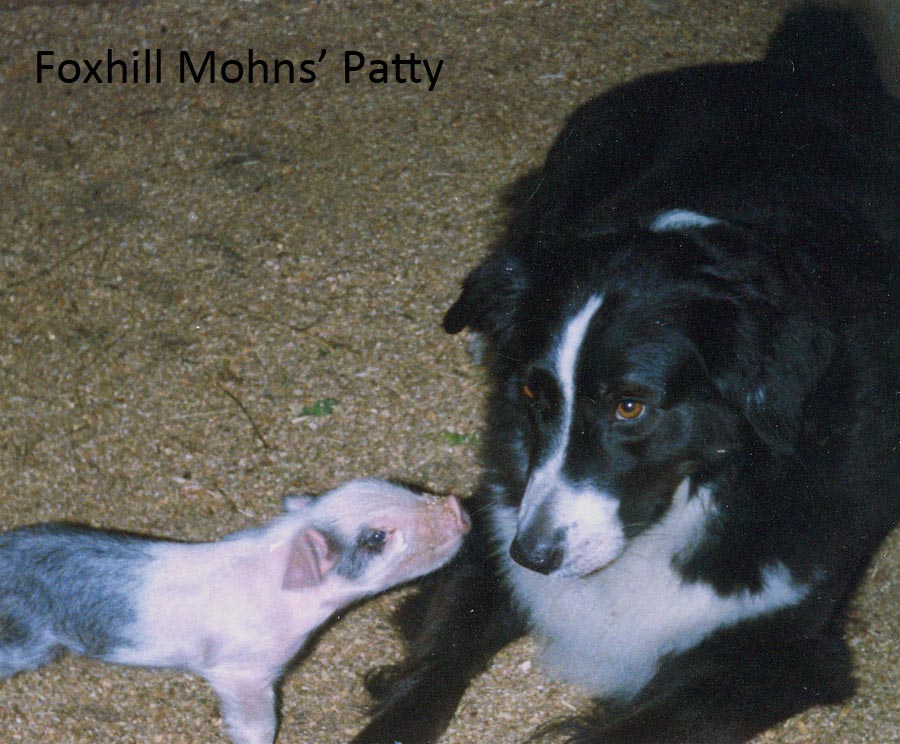 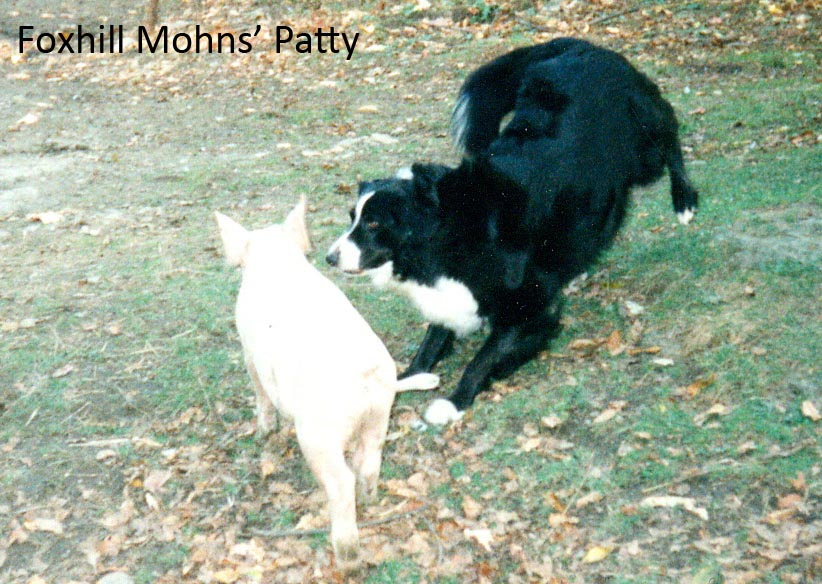 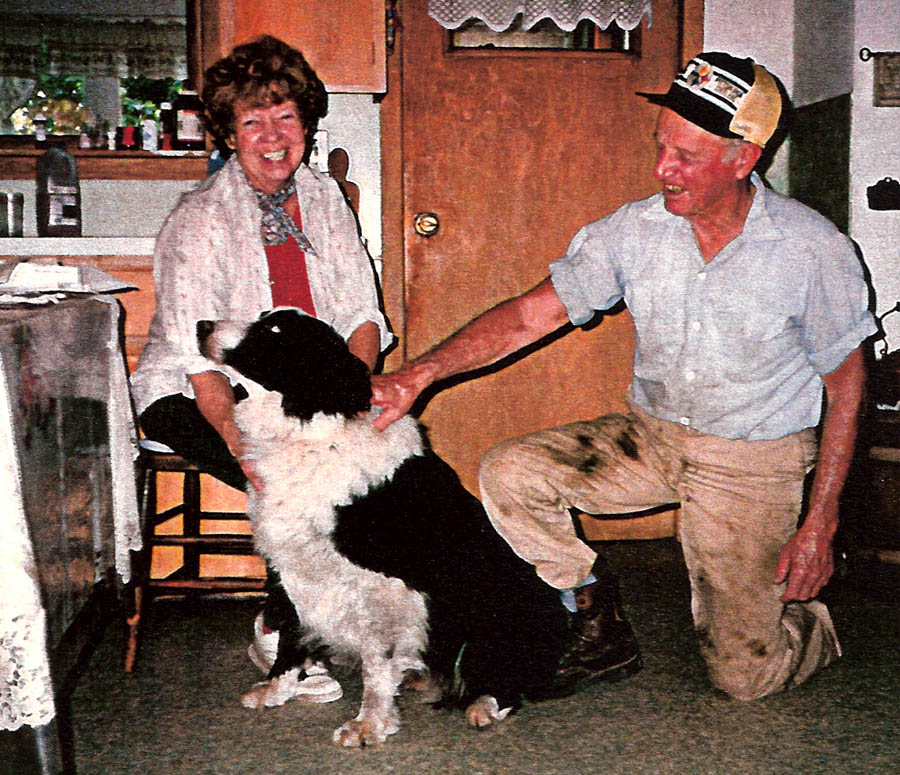 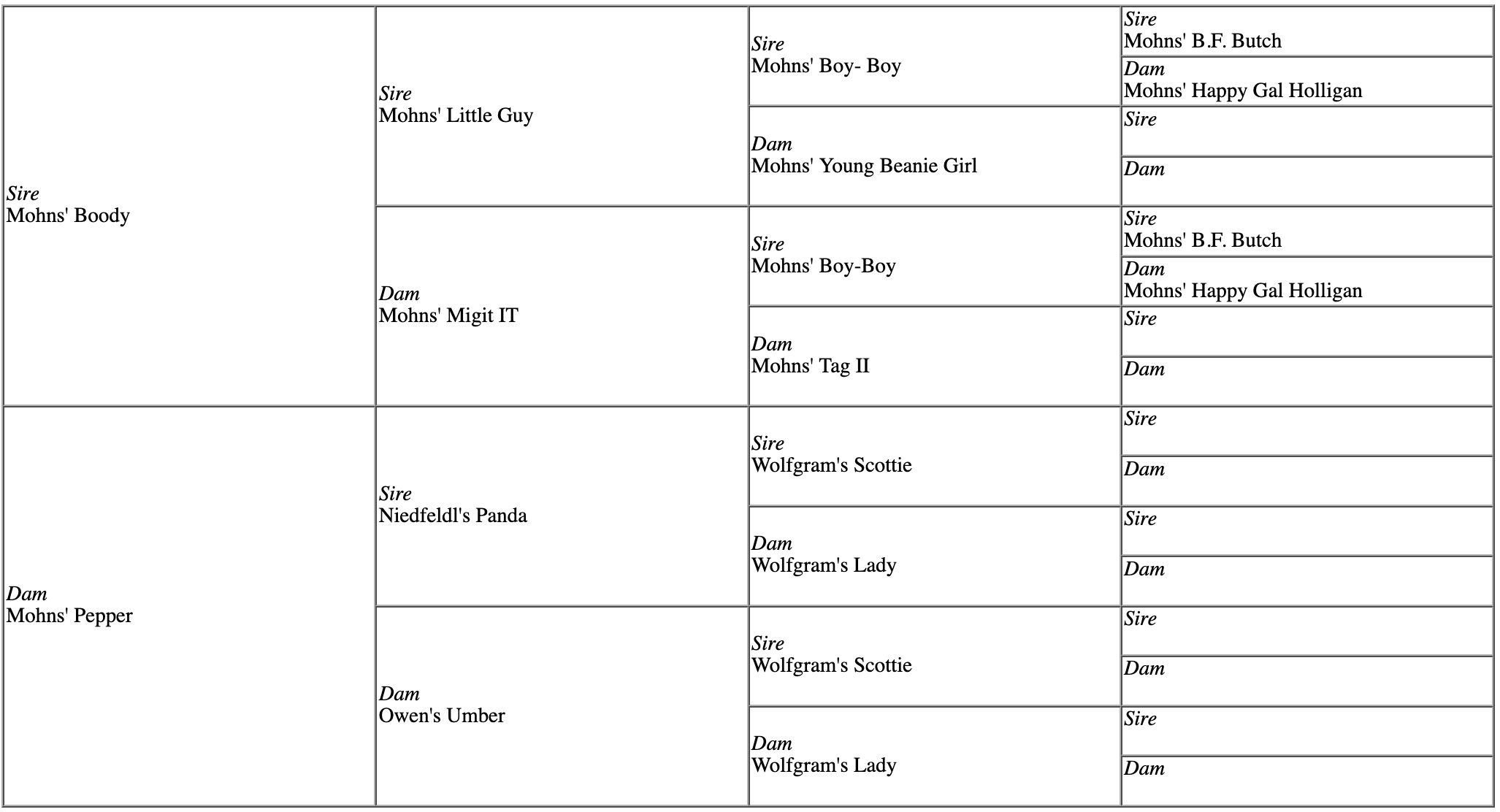